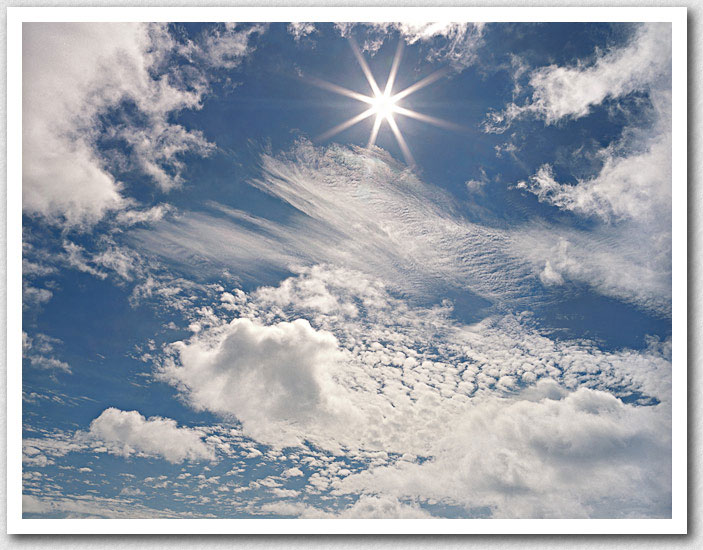 Law of Attraction:
Like attracts like. Spirits of lower soul development will be attracted to similarly-developed spirits and higher spirits will be attracted to similarly-developed higher spirits. Opposites do not attract. This is so all God's children will feel comfortable with one another, wherever they are, and whatever condition their souls may be in.


Law of cause and effect:
Every cause has an effect and every effect has a cause. There is nothing in all God's universe which is not subject to one of His laws.
Law of Change:
Nothing exists the same for any length of time. Change is the law eternal.
Law of Communication and Rapport:
It is impossible to transmit Truths through a soul, who is not in similar condition to the soul transmitting, i.e., lower spirits can only transmit through mortals, who have a similar soul development, and Angels can only communicate through mortals, who have much of the Divine Love in their souls, i.e., like attracts like and souls attract souls of similar soul development. Natural spirits cannot transmit higher spiritual laws, only Angels can.
Law of Escalating Punishment:
As the soul is punished by the Law of Compensation for its sins and as the awareness of its own sin increase, be there no attempt to the soul's ceasing the sinful behavior or no heartfelt prayers for mercy ensue, said punishment will increase until the soul comes into a correction and ceases to break god's laws of love.
Law of Compensation:
As you sow, so shall you reap. Any act that violates God's Law of Love will result in penalties to the transgressor. However, forgiveness is that operation of the divine mind which relieves wo/man of the penalties of his/her sins that s/he has committed and seeks the love and mercy of the Father. The Law of Compensation is subject to the greater Law of Forgiveness and Forgetfulness. It is not set aside but the greater law supplants and prevails over the lesser.
Law of Creation:

When God created the universe, all creation answered His call and all life flowed from His being, and the world, as we know it, began to evolve, not by happenstance as some evolutionists would have us believe, but by divine design and divine law behind each and every creation, however minute, and each and every movement in His universe.
Law of Complete Satisfaction:
Despite the desire for more and more of the Divine Love, as the soul prays for it, the soul experiences complete, perfect happiness without taking away the desires and longing for more.
Law of Denial of Divine Love:
All those, who continue to deny the existence of the Holy Spirit and the Divine Love it brings, will themselves be denied entry into the Celestial Heavens, perhaps, forever.
Law of Discernment of Truth:
Truth can only be determined by the soul and the spiritual aspect of the mind.
Law of Divine Love:
God is love and His love goes out to mortals just to the degree that they open up their souls to its inflowing


Law of Divine Love:
God's Holy Spirit will not enter into the soul unless invited by that soul.
Law of Dormancy:
While a soul may possess much of the Divine Love, yet, if the soul stops all active prayer, this love may become dormant for a time, at least until that soul resumes prayer or activates this love in some other way. This dormancy may or may not last a long time but the soul's ascendancy to the Celestial Heavens is nonetheless guaranteed, for as yeast causes the dough to rise, (building up carbon dioxide which causes the expansion), so also will the Divine Love (already present in the soul), cause the soul to at some point rise to the Celestial Heavens.
Law of Essence of God:
The essence of God is Love. Everything He does, everything He creates, is imbued with His great Love.  In essence, God is Love.
Law of Eternal Change:
Change is the law eternal. Nothing is stagnant, however infinitesimal the movement. Spirits may appear to stagnate for long centuries of time, yet, there is still progression, and all spirits will one day be perfected in their souls, be it natural or divine.
Law of Exercise of Free Will:
Exercise of will, will advance or retard a soul's development. It will never result in no change in that soul whatsoever, for the Law of Progression means that all wo/mankind is progressing, even if only visible to God Himself.
Law of False Belief:
It is impossible to develop a perfect love and mind out of an imperfect belief.
Law of Forgiveness:
There can never be forgiveness until forgetfulness takes place.
Law of Free Will:
In His great beneficence, God has bestowed free will upon His children, each and every minute and second, the soul is responsible for their own progress or lack of same. By the grace of God, they may purify their souls in love, natural or divine, without assistance from other spirits, or deity. However, in order to be divine, they must work with the Holy Spirit, the sole agent of God that brings the Divine Love into the soul of wo/mankind until that soul is at-one with Him.
Law of God's Will:
God's Will is that we become one with Him in His nature of love.
Law of Higher Help:  Those more progressed in love, be it natural or divine, may help those less progressed, regardless of their respective conditions.
Law of Higher Love:
There is no higher love than the Divine Love. The Holy Spirit has been designated by God to transmit this love into the soul of wo/man.
Law of Homogeneity:
Because God is no respecter of color or race, as the soul becomes more filled with this love, we become more like Him and only love appears, as all race and previous conditions disappear.
Law of Love:
Everything in God’s universe is imbued with God’s great Love. All creation answers to his call. Every living thing, animate, inanimate, plant, animal, soul, non-soul, is subject to His great laws.
Law of Love:
States no wo/man can create of him/herself love, either by right thinking or action. s/he can only let it come into his/her heart and grow and thereby become more possessed of it.
Law of Mercy:
The heart of the Father is mercy and in God's great economy of love, the Heavenly Father is always waiting and willing to bestow His great mercy upon the penitent soul. His great Law of Forgiveness always accompanies His Law of Mercy, relieving the sincere soul from further penalties and suffering, for the loving Father enjoys not His children's suffering.
Law of Motivation:
Love is the greatest motivating force in all God's universe. When the exercise of free will is combined with this motivation, fulfilling results can only follow. Conversely, when fear, or any other negative motive, is behind this exercise of free will, misery and punishment will follow.
Law of Natural Love:
Before a soul becomes pure, sin and error must be eradicated.
Law of Natural Love:
This love is bestowed upon wo/mankind at the soul's inception. Unlike the Divine Love, it need not be asked for, it is available to all without prayer.
Law of Progression:
Progression is the law of the spirit world. No spirit’s condition is fixed for all eternity.


Law of Self-Effacement:
As the soul progresses and advances in the Divine Love, the soul finds it less and less difficult to sacrifice self for the benefit of others.
Law of Soulmates:
States that God, in His loving beneficence, has created soulmates for every soul. The male spirit has a female counterpart and vice versa. Before incarnating into the flesh, this spirit is housed in a single entity, and then at time of incarnation, the male soul and the female soul, go their separate ways and become two spirits, remaining soulmates throughout eternity.
Posted by john r melmer at 2:14 PM

john r melmer
I came to God over 40 years ago and I am so Happy I did. He makes me so Happy with His Divine Love, the more I pray the happier I am